Peru is making a move on Manhattan again. Get ready for huancaína and huacatay, tiradito and tacu-tacu. Brush up on the rocoto chile and its cousins, pinpoint-bright aji amarillo and aji panca, warmer and fruitier. Renew your friendship with causas and chaufas and leche de tigre, the milk of the tiger, without which there can be no ceviche.

All these things and more are draped all over the menu at Sen Sakana, which is devoted to the food created by Japanese immigrants and their descendants in Peru. Non-Peruvians who know this hybrid cuisine at all probably first ran into it at restaurant supplies run by Nobu Matsuhisa, the Japanese-trained sushi chef who worked in Lima for a few years in the 1970s and helped himself to local ingredients and ideas. If you have ever eaten the raw fish with yuzu and a dot of rocoto chile paste that is Nobu’s interpretation of tiradito, or its grilled skewers with spicy anticucho sauce, you have tasted Peru’s Nikkei cuisine. 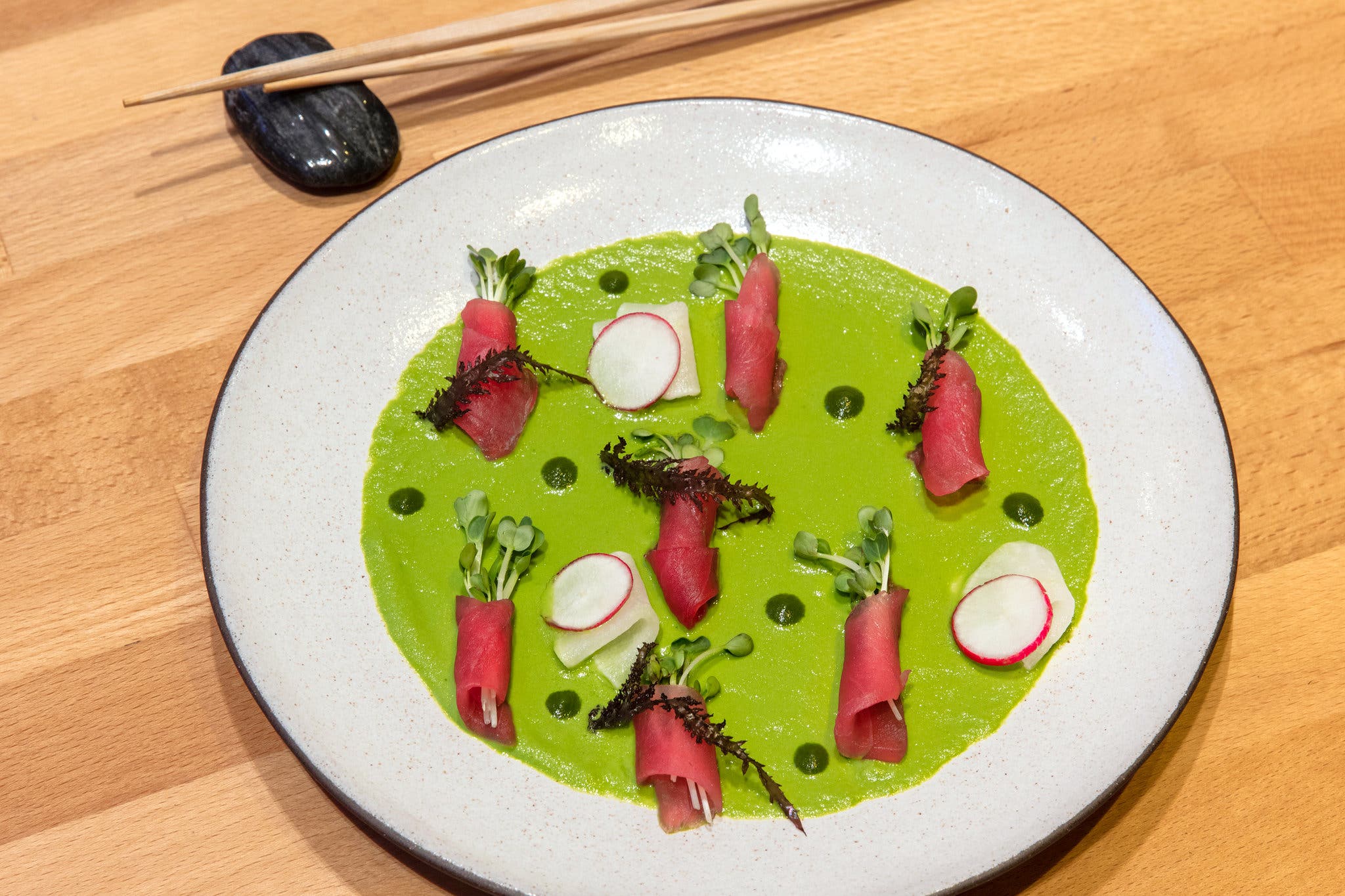 At Sen Sakana, you can have more than a taste. The restaurant opened over the summer on the block of West 44th Street that is home to the Algonquin, the Royalton and the Iroquois hotels. There is room for almost 200 people in the square bar up front, the main dining room with rows of light wood tables and chairs in neutral upholstery, and a raised mezzanine that manages to make room for both extra tables and an entire sushi bar.

To make this vastness look less like a warehouse and more like a Japanese restaurant, the designer made liberal use of slats. Some run up and down and the rest side to side, and behind some of those slats are lights that flood the walls with red or blue.

It is the kind of sleek, sprawling, good-looking restaurant that you used to see all over Midtown, and then saw less often as the dining scene’s center of gravity moved to smaller, handmade spaces downtown and across the East River, and are now starting to see again at, say, Empellón and the Grill.

Sprawling and sleek is not the current fashion, but it has also become apparent that small and handmade does not always mean high quality. Like any style, it can be faked. And one advantage of Sen Sakana’s sprawl is that if you are working in Midtown when the quitting-time whistle blows, or are going there for a show, your chances of getting in are better than average.

At six pages, the menu is a bit of a sprawl itself. Its many categories can, however, be distilled down to just four: appetizers, main courses, skewers and sushi.

In the first group is a cold cucumber of unusual interest. Covered in crunchy quinoa, toasted sesame seeds and flakes of kelp intensified with soy, it sits on a yellow streak of sauce made from aji amarillo. The menu covers the cucumber yamitsuki, the Japanese word for addictive. I wouldn’t go that far, but it does push a lot of good buttons at once.